His Majesty King Abdullah met with Israeli Prime Minister Yair Lapid at Al Husseiniya Palace on Wednesday, and the two discussed matters of mutual interest. During the meeting, King Abdullah stressed the importance of creating a political horizon for a just, comprehensive, and lasting peace based on a two-state solution, as well as enhancing regional security, stability, and development. 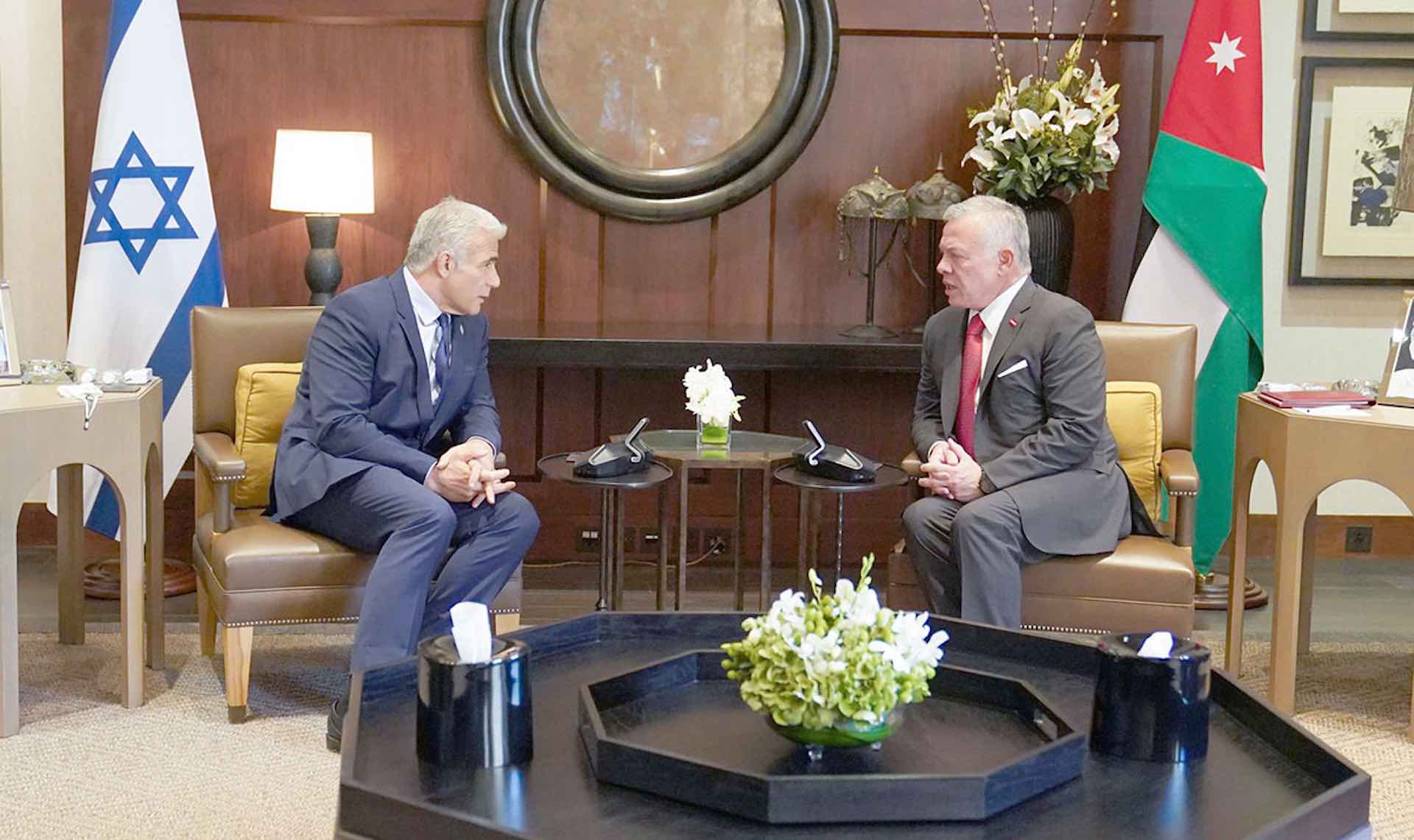 As part of His Majesty’s remarks, he emphasized the need to build on the successes of US Vice President Joe Biden’s recent trip to the region. In the coming period, the King called for keeping calm and respecting the status quo in Jerusalem and its Islamic and Christian holy sites. Additionally, issues related to transport, trade, water, and energy were discussed. The meeting was attended by Deputy Prime Minister and Foreign Minister Ayman Safadi, as well as Director of His Majesty’s Office Jafar Hassan.

Xi and Putin will meet in Samarkand